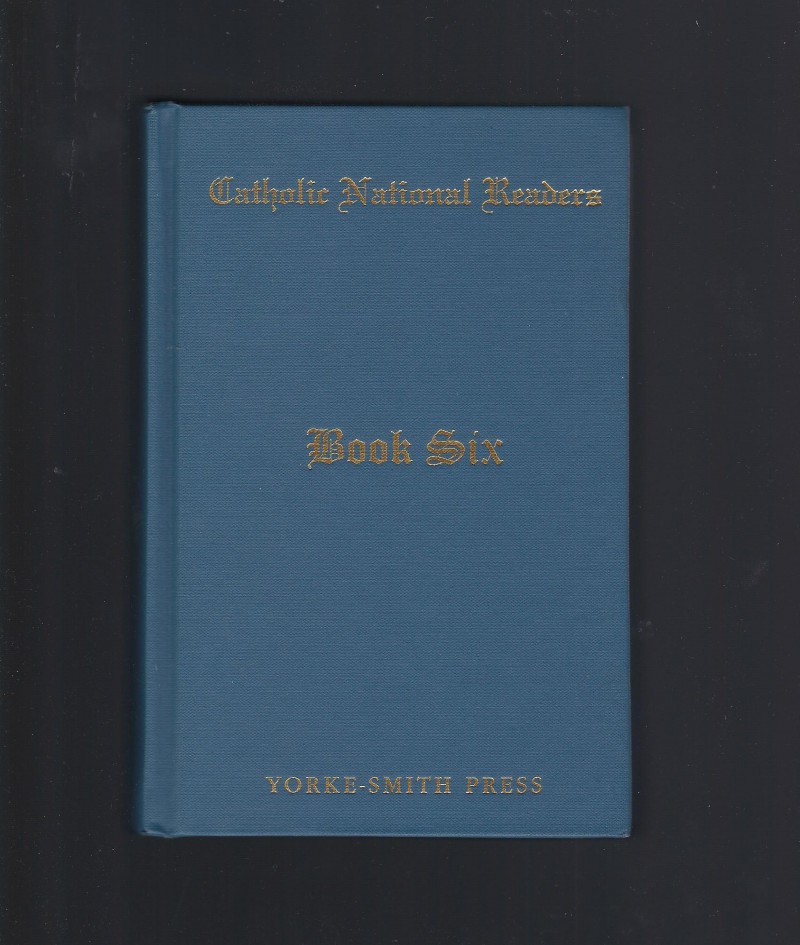 Catholic National Readers Book Six; 482 pages hardback with gold gilded lettering to the front cover and outside spine. Published by Yorke-Smith Press and book is in Like New condition and appears to be unread and unused. Book shows some minor shelf wear with one Catholic Church seal on the first blank end page and a blank pocket inside the back cover- that appears to have never been used. Originally published in the 1890's by Benziger Brothers Publishing this book was republished in 1997. This classic Catholic Reader is filled with many Catholic stories for children of all ages. Catholic authors are well represented in this book. You will find beautiful essays, extracts of various kinds, including poetry and other dramatic selections. Also included are phonics, accents, calligraphy, language exercises, quizzes, illustrations, etc. Great stories, great pictures, great book! Sewn, cloth hardcover, with gold embossing. To present the best of both secular and Catholic authors, writing on the most interesting and edifying of topics, students will be reading selections from the Yorke-Smith Press reprint of the Catholic National Reader #6, an anthology which contains many beautiful essays and extracts of various kinds, including that highest of literature- poetry - as well as oratorical and dramatic. 7th-8th grade literature text- could be used a little earlier or later.